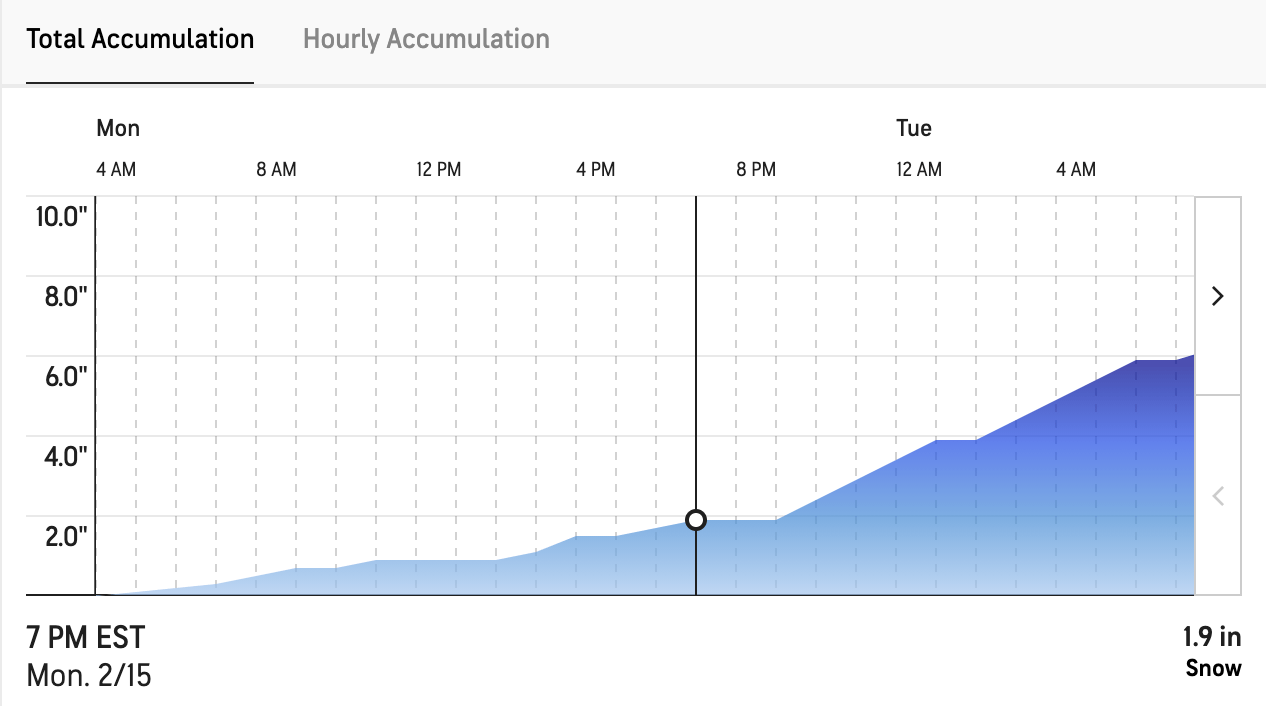 It appears we avoided the Friday/Saturday snow but now:

Heavy snow expected from 1am Monday until 1pm Tuesday.

Two rounds of snow are expected across the area:

Round 1: Monday morning lingering into the afternoon. This first round of snow will bring 2 to 4 inches of snow through Monday afternoon.

Round 2: Monday night into Tuesday morning. The second round of snow will be heavier with 4 to 8 inches of additional snow.

Wind chills as cold as the single digits, near zero degrees, are expected.  Bundle up!

Currently it appears as we will reach our 2″ trigger Monday evening around 7pm, however, in order to remove as much snow as possible before your Tuesday morning commute, we will probably dispatch closer to 1am. If the snow goes as expected, we’ll be out multiple times for this event. Open your gates.

We will closely monitor accumulation and if things change (we are in Cleveland), we will adjust dispatch as necessary.

Stay tuned for updates & Have a Great Day!

Live updates will appear below.

UPDATE: TUESDAY 2/16/21 2:30AM.  We’ve had a slight hiccup.  One of our vehicles has plow issues.  Our other vehicles are still plowing but we may run a little late.  On a positive note, it looks like we are only expecting an additional 2″-2.5″ by 1PM and nothing for the rest of the day.

UPDATE: TUESDAY 2/16/21 7:30AM.  Luckily, the breakdown has only delayed us by approximately an 60 minutes. However, just as I signed in to create this update, I received a call that another brand new plow broke down with the same issue.  We haven’t forgotten the remaining accounts, we’re rerouting another vehicle to complete them while we work on getting the plows functioning again.  Fortunately, it stopped snowing hours ago and we are no longer expected to receive any additional accumulation today.  We apologize for any inconvenience this may have caused.

With the winds causing deep drifts, the unexpected Lake Effect snow & new weather advisory until 1AM, we will be out again tonight.  Dispatch at approximately 12:00-1:00AM.  OPEN YOUR GATES!